SEE “PANEL 44” NOW THROUGH AUGUST 13Wheaton, Ill., June 27, 2022 – The First Division Museum at Cantigny Park is proud to announce the arrival of “Panel 44: Eight Days in March,” a traveling exhibit that commemorates the 40th anniversary of the Vietnam Veterans Memorial.The exhibit, inside the First Division Museum until August 13, contains the original Panel 44 produced in 1982 for the Washington, D.C., memorial. It was never placed in the wall, however, due to a fracture in the upper right edge of the

DUPAGE SPORTS COMMISSION UNVEILS CONTINUATION OF DUPAGE TRIPLE CROWN IN INTELLIGENTSIA CUP SERIES DSC invites the community to this summer’s biggest race and a chance to win a special New Belgium Brewing bike while supporting Special Olympics Illinois. OAK BROOK, IL — At one of the most well-known and respected cycling races in the country, DuPage County is vying for fan favorite. In its tenth year, the Intelligentsia Cup cycling series will once again offer 10 continuous days of racing in different 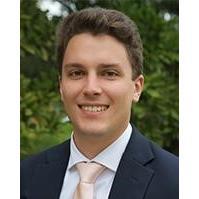 Work to Begin June 8 on Hidden Lake Bridge ImprovementsHistoric bridge will be removed for refurbishing, closing access to Eagle Lake(June 7, 2022) — The historic bridge that provides access to Eagle Lake at Hidden Lake Forest Preserve in Downers Grove will close for repairs beginning Wednesday, June 8.Visitors will not be able to access the Eagle Lake Trail or Eagle Lake until the bridge is reinstalled near the end of the year.While crews work to remove the 1870s bridge over the East Branch DuPage River,

SUMMER SYMPHONY CONCERTS RETURN THIS MONTH  Wheaton, Ill., June 6, 2022 — Two evening symphony concerts, performed under the stars, are scheduled for Cantigny Park this summer. Admission to both family-friendly shows is free with paid parking.DuPage Symphony OrchestraSaturday, June 18 ● 7 pmCelebrate the start of summer as the DSO performs “Hollywood Heroes,” featuring some of the most memorable film scores of the last 50 years. Enjoy works by Elmer Bernstein, Klaus Badelt, James Newton Howard, and (of

Negotiating to Arrive at the Outcome You Want

Negotiating with someone else for desired outcomes is an everyday activity, though most people don't consciously notice it. Everyone engages in negotiations with other people over everything from where to buy dinner to more involved subjects, such as the details of a sales contract. If you have to negotiate for business needs, though, it's a good idea to have a solid understanding of the mechanics of realizing desired outcomes from the process and when it may be necessary to walk away.Mutual Benefit: 5